Dateline NBC hourlong special “Silent No More”, a documentary about the Larry Nassar sexual assault scandal, aired on Sunday, April 22nd. The ratings for the documentary tell us what we’ve known all along.

Lots of new information about this scandal was released in this documentary through interviews, which were conducted by NBC’s Savannah Guthrie, with Olympic gymnasts McKayla Maroney and Aly Raisman, the mother of Oklahoma University gymnast Maggie Nichols, Gina Nichols, and legendary gymnastics coaches Béla and Márta Károlyi.

Nassar, the 54-year-old disgraced former USA Gymnastics and Michigan State University physician, has been accused of sexually assaulting over 260 people, many of whom female gymnasts, under the guise of medical treatment.

He is currently serving a 60-year federal prison sentence that he was given this past December on three child pornography charges, and he is doing so at United States Penitentiary Tucson in Tucson, Arizona.

However, something that we already knew was vindicated by this documentary.

Since Day 1, I have questioned the lack of publicity the Nassar scandal has gotten. But at the same time, I knew the reason why. Nassar is not a politician, so there was no possible way for someone to use his assault to try to push an agenda against a political party.

I also recently questioned why the inappropriate comments made in 2012 by 34-year-old Democrat Suraj Patel, who is running for a Congressional seat in New York against the party’s incumbent, Democratic Representative Carolyn Maloney, about McKayla Maroney did not get more attention when they recently surfaced.

Seeing as how people remain obsessed with President Donald Trump’s inappropriate comments from far before 2012, I came to the conclusion that this was because of the fact that Patel is a Democrat and therefore gets a pass from the mainstream media (even though he is running against another Democrat…), just like Bill Clinton did when he had inappropriate sexual relations while he was President of the United States.

No, I’m not saying that inappropriate comments are on the same level as sexual assault whatsoever. But based on the ratings for “Silent No More”, apparently others are saying that something else is.

I don’t think I am off-base when I make the claim that the whole idea of “sexual misconduct” being the issue is not actually the case in the eyes of many people.

If I am wrong, why did Stormy Daniels’ 60 Minutes interview draw in close to six times as many viewers as “Silent No More” did?

If “sexual misconduct” was the concern, wouldn’t a documentary about the biggest sexual assault scandal in sports history that involved a number of the world’s most prominent Olympic athletes draw in far more viewers than some random hooker telling us about one of the times she had consensual sex?

Yes, there is the aspect of the $130,000 payment given from Trump’s lawyer Michael Cohen to Daniels that makes this situation sketchy, no doubt. And fornication is wrong, no doubt.

But there’s also the aspect of USA Gymnastics paying McKayla Maroney $1.25 million (roughly 10 times the amount of $130,000) to keep quiet about the sexual assault — also wrong — that she was forced to endure starting at the age of 13 — not consensual sex she had as a bloody prostitute!

To add on to that, Aly Raisman was also offered a settlement agreement with confidentiality in it.

I’m not going to try to speculate how much money they tried to pay her, but seeing as how they paid Maroney $1.25 million in an attempt to save face by keeping a high-profile gymnast from revealing that Nassar had sexually assaulted her, I would venture to guess that the amount they offered to Raisman was a bit higher than $130,000.

So why did Stormy Daniels’ 60 Minutes interview draw in close to six times as many viewers as “Silent No More” did? Sexual assault is certainly not the answer. Political motivation is.

Apparently the latter is more important to some people. 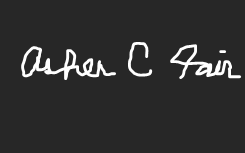 Copyright © 2018 by SportsPress. All rights reserved.